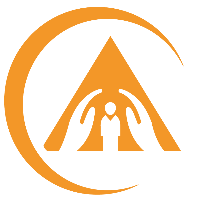 This page provides a concise description of the features of the GloFAS v4.0 hydrological reanalysis dataset.

Accurate representation of the rainfall-runoff processes in different climatic and socio-economic contexts requires a set of maps showing the morphological, pedological, vegetation, and land use characteristics of the catchments. The spatial resolution of the GloFAS v4.0 hydrological reanalysis dataset is 0.05 degrees, which is four times higher than the previous 0.1 degrees GloFAS v3.1 hydrological reanalysis. The higher resolution allows a more detailed representation of the river network and of the spatial variability of catchments’ characteristics. Moreover, the latest research findings, remote sensing and in-situ datasets were used to prepare the 0.05 degrees resolution input maps. Examples include the latest land cover information and leaf area index layers from the Copernicus Global Land Service, global hydrology datasets based on MERIT Hydro, and global soil data from ISRIC. The complete list of source data and a detailed description of the methodology used to produce each map of the 0.05 degrees dataset is available here. The benefits of using a higher spatial resolution can be appreciated in Figure 1: smaller tributaries can be adequately represented when using the 0.05 degrees. The GloFAS v4.0 hydrological reanalysis dataset was generated using the open-source hydrological model LISFLOOD. LISFLOOD is a semi-distributed, physically based hydrological model which has been developed by the Joint Research Centre (JRC) of the European Commission since 1997 (De Roo et al., 2000). LISFLOOD is able to represent all the main hydrological processes: partition of precipitation into rain and snow, snow melting, canopy interception of rain, water infiltration into the soil, groundwater storage, surface runoff, lakes, dams, irrigation, and other human water uses, flow in the rivers and in the floodplains.

The 0.05 degrees quasi-global (-180,180,90,-60) implementation of the LISFLOOD model was calibrated using in-situ discharge gauge stations with a minimum drainage area of 500 km2  and at least 4-years-long time series of measurements more recent than 01 January 1980.

1996 quality checked time series were used for calibration. More specifically, 212 calibration points were in Europe, 250 in Asia, 61 in Oceania, 420 in Africa, 617 in Centre-North America, and 436 in South America.

Catchments for which in situ discharge data could be used for calibration entailed 47.5 % of the quasi-global domain (Figure 2-Top, light blue area). For these catchments, the Distributed Evolutionary Algorithm for Python (DEAP, Fortin et al. 2012) was used to explore the parameter space and identify the parameter set leading to the highest value of the Kling Gupta Efficiency (KGE, Gupta et al., 2009). The open-source calibration tool followed a top-down approach from head-catchments to downstream catchments, 14 LISFLOOD parameters were simultaneously calibrated for each catchment, with the purpose to optimize the modelling of snow melt, water infiltration into the soil, surface water flow, groundwater flow, lakes and reservoirs dynamics.

Catchments for which in situ discharge data could not be used for calibration entailed 52.5% of the quasi-global domain, including deserts and glaciers (Figure 2-Top, yellow area). A parameter regionalization approach was implemented to estimate the parameters that control snow melt, infiltration, runoff, groundwater, and routing for those catchments. In the implemented regionalization approach, calibrated parameter set were transferred from calibrated catchments (donors) to uncalibrated catchments. For each uncalibrated catchment, the donor catchment was identified according to a proximity criterion accounting for both climatic similarity and the geographical proximity (Parajka et al 2005, Beck et al. 2016).

The median KGE for the catchments calibrated using discharge in-situ observations is 0.71.  Moreover, 92.9 % of the catchments has KGE>-0.41, meaning that the calibrated parameters lead to higher accuracy than the mean flow benchmark (Knoben et al. 2019). Figure 2-Top shows the KGE values for the 1996 calibrated stations of the GloFAS v4.0 hydrological reanalysis dataset. For comparison, Figure 2-Bottom shows the KGE values computed for the sub-set of 1226 stations used for the calibration of GloFAS 3.1(Alfieri et al. 2020).

The reliability of the regionalization approach was verified by implementing a leave-one-out cross validation experiment for a subset of 739 calibrated catchments. Moreover, stations with observation time series shorter than 4 years (hence excluded from calibration) were used to verify the benefit of using the regionalized parameters over the default parameter set. As an example, Figure 3 allows to compare the observed discharge (black line) with the model results generated using the regionalized parameters (red line) and the default parameters (blue line) for one small catchment on the Black Sea (left) and one small catchment in Siberia (right).

6. Availability of the data

The GloFAS v4.0 hydrological reanalysis dataset is available for download from the Climate Data Store of the Copernicus Climate Change Service: https://cds.climate.copernicus.eu/cdsapp#!/dataset/cems-glofas-historical?tab=form

Hydrological modelling in some areas requires a long spin-up. Although the implemented spin-up protocol proved to be generally sufficient, a limited number of areas show non-realistic trends in the years 1980 and 1981: in this limited number of cases, the initial years must be discarded. As a good practice, it is recommend analyzing the entire time series for the area of interest in order to evaluate the reliability of the results for the years 1980 and 1981.