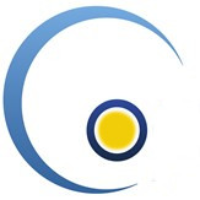 The ERICHA system provides nowcasts of both precipitation and flash flood hazard (by means of a simple traffic-light indicator) in the range 0- 6 hours (a simplified scheme is shown in Fig. 1). The driving variable is the basin-aggregated rainfall estimated from radar-based observations. In EFAS, the European radar composites (with a spatial grid resolution of 2 km) provided by the EUMETNET project OPERA are used to calculate the basin-aggregated rainfall over the drainage network with a grid resolution of 1-km. The output is the ERICHA flash flood hazard indicator for basins up to 5000 km2.

The ERICHA-FF hazard assessment is solely based on radar rainfall inputs, assuming that the basin response will be strongly dominated by the basin-aggregated rainfall. Therefore, the quality of the rainfall inputs is critical to the resulting hazard indicator (Park et al., 2019). A new module has been added to the ERICHA system to compensate for the most systematic biases affecting radar rainfall inputs. The module retrieves daily a multiplicative adjustment factor map estimated by long-term comparison (up to 180 days) between the gauge precipitation records available in EFAS and the collocated radar rainfall estimates (e.g. Fig. 2). Figure 2: An example of daily adjustment factor map to be applied to each 15-min radar rainfall accumulation during 21 Oct 2019.

The adjustment factor map is updated once a day (after the arrival of the gauge datasets from the previous day) and is applied to the 15-min radar precipitation accumulations. As a result, radar underestimation can be partly improved (e.g., as shown in the 24-h rainfall accumulation of Fig. 3), which has a clear effect on the estimated hazard level and location of flash floods (as shown in Fig. 4, for an event occurred in Northern Italy).

Three ERICHA products are shown in EFAS in real time: