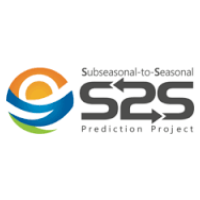 Short Description:  Beijing Climate Center (BCC) Climate Prediction System version 1 for S2S is based on lagged average forecasting (LAF) method using a fully-coupled BCC Climate System Model BCC-CSM1.2. The S2S Forecasts are running on every day since 1 Jan 1994 and end with a 60-day integration. Each forecast consists of 4 LAF ensemble members, which are initialized at 00 UTC of the first forecast day and 18, 12 and 06 UTC of the previous day, respectively.
Research or operational: Operational
Data time of first forecast run:   01/01/2015*

2. Configuration of the EPS

Data assimilation method for control analysis: 3D Var method for oceanic analysis and nudging technique for atmospheric analysis used in BCC Coordinated Initialization System (CIS). The CIS is to use BCC-CSM1.2 integrating a period time before forecast time to create a coordinated initial state in each component of BCC-CSM1.2 under the forcing of the NCEP air temperature and U- and V-velocity reanalyses, BCC merged precipitation observations, and BCC Global Ocean Data Assimilation System analyses.

1. What is the land surface model (LSM) and version used in the forecast model, and what are the current/relevant references for the model? BCC_AVIM2 land surface model was used in the forecast model. It was originated from the Atmosphere and Vegetation Interaction Model version 2 (AVIM2, Ji, 1995; Ji, et al. 2008) and the NCAR Community Land Model version 3.0 (CLM3, Oleson et al., 2004). An overview on the development of this model is given in Wu et al. (2013, 2014).

2. How is soil moisture initialized in the forecasts? (climatology / realistic / other): Soil moisture is not directly initialized using the climatology or realistic analysis in the forecasts. Nevertheless, we have utilized high-level and near-surface atmospheric analysis and ocean analysis to force the air-sea-land-ice coupled model in a long-term integration, and the land initial conditions are produced during this process.

3. How is snow initialized in the forecasts? (climatology / realistic / other) It is similar as the above mentioned for question 2.

Is there horizontal and/or vertical interpolation of data onto the forecast model grid? If so, please give original data resolution(s) No initialization data about snow is interpolated onto the model grid.

Are snow mass, snow depth or both initialized? What about snow age, albedo, or other snow properties? They were not directly initialized in the forecasts. The initial conditions  are from a balance state produced by a long-term air-sea initialization integration. The method is similar as the above mentioned for question 2.

4. How is soil temperature initialized in the forecasts? (climatology / realistic / other)  It is similar as the above mentioned for question 2.

Is there horizontal and/or vertical interpolation of data onto the forecast model grid? If so, please give original data resolution(s) No initialization data about soil temperature is interpolated onto the model grid.

6. What is the source of soil properties (texture, porosity, conductivity, etc.) used by the LSM? The soil properties in BCC_AVIM are same as those in NCAR CLM3.0 model (Bonan, 2002). The soil texture (percent sand and clay) varies with depth according to the IGBP soil dataset (Global Soil Data Task 2000).

Is model physics perturbed? No.
Do all ensemble members use exactly the same model version? The same
Is model dynamics perturbed? No
Are the above model perturbations applied to the control forecast? No

6. Other details of the models