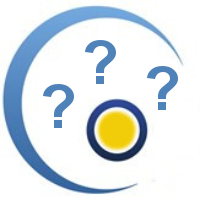 C3S global reanalysis ERA5: wind values are far too low on pressure levels at the poles in the Climate Data Store (CDS)

In January 2019, a problem was identified regarding the following data in the climate data store (CDS):

Only exactly at the poles (i.e., where latitude is 90N or 90S), the values of the U and V components of the wind are far too low. Values are close to zero, rather than several m/s. At all other locations the winds are

This problem is caused by the way these winds were determined from Vorticity and Divergence in spherical harmonics representation (the native model representation) when interpolated to a regular grid in the Climate Data Store.

What can I do?

Instead, please use winds at neighbouring locations at 89.75 (N/S) and 89.5 (N/S)  for Reanalysis and Ensemble members winds, respectively.

Will the issue be fixed?

No, it is currently not anticipated that this will be resolved.

The problem is limited to two grid points (North pole and South pole).