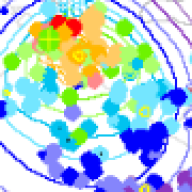 Height of convective cloud top (HCCT) is a new output parameter introduced with cycle 43r1. HCCT gives the height in metres (m), above model orography, of the top of the convective updraught which represents the cloud top produced by all three forms of parametrized convection:

Since HCCT includes all forms of convection mentioned above, sometimes high convective cloud tops can be related to mid-level convection that produces relatively thin high-level clouds. To check whether this is the case one can use the difference between HCCT and the cloud base height (CBH, also computed above model orography) in order to obtain cloud depth as shown in Fig.1 a). On that plot these clouds will appear to be quite thin. We plan to add a facility to show CBH subtracted from HCCT to ecCharts.

Looking globally we can notice quite widespread coverage of convective clouds. This is due to the fact that the convective detrainment of cloudy air into the environment is the main source of clouds in the model. 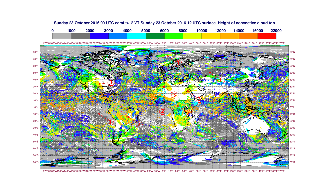 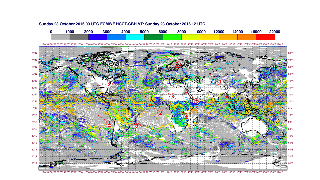 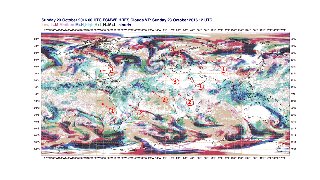 HCCT represents instantaneous values and as such the field itself could be quite noisy. It can happen that seemingly cloudless grid boxes where DMC has not been triggered are surrounded by very high and thick convective clouds produced by DMC (Fig.2). 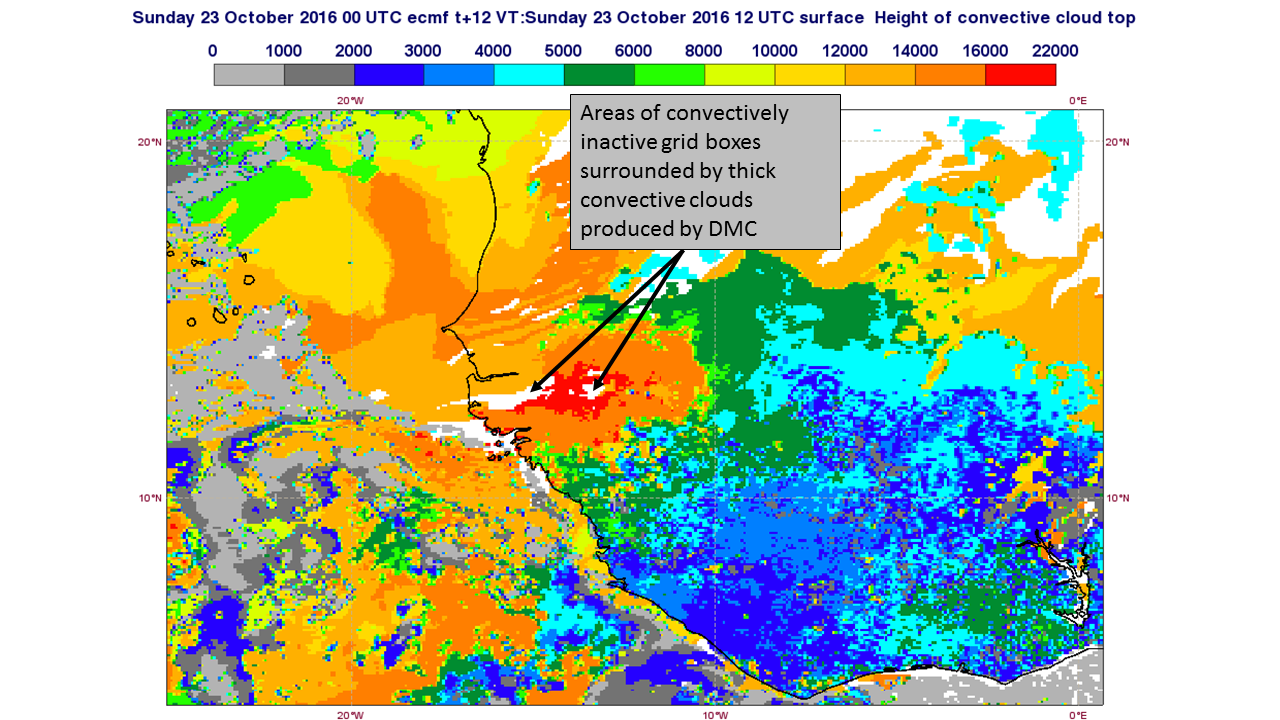 Fig. 2. HCCT in a widespread area of DMC over Western Africa. Marked blank areas represent areas where DMC is not active surrounded by thick clouds where DMC.

Sometimes we might see areas where convection scheme is active and HCCT is diagnosed whilst the resulting cloud cover is very little (less than 1%) and the cloud scheme is not able to produce clouds as shown in Fig. 3. This can happen in areas of very dry air where the cloud scheme evaporates all the water from the ongoing convection or the source of water is so small that the resulting cloud cover is less than 1%. 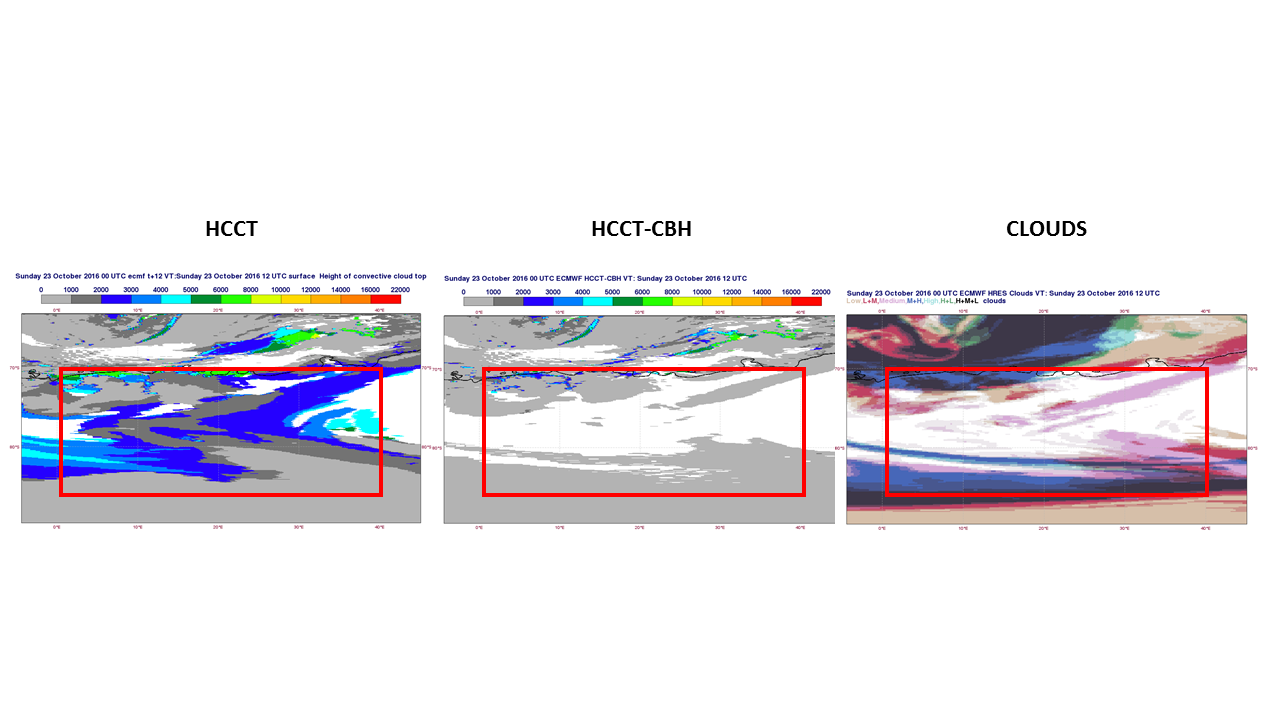 Fig. 3. HCCT, HCCT-CBH and Cloud cover for an area over Antarctica where convection is active and HCCT is diagnosed but the resulting cloud cover is very small, in some locations less than 1%.