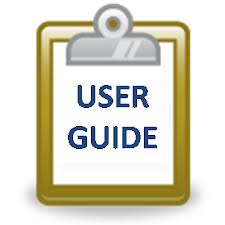 Do I need to do anything?

We strongly recommend you test that your programs, scripts and suites work with the new versions of any software or library affected before the change happens.

With the upcoming Implementation of IFS Cycle 47r1, this set of defaults is ready to handle the data produced, including all the new parameters introduced in this cycle.

As Python 2 reached its end of life on 1st January 2020, no newer versions of the Python 2 installations and their associated subpackages such as numpy and others. Older versions remain available for those who haven't migrated to Python 3. If you haven't done so yet, please see Migration to Python 3 for some guidance on where to start.

Metview, ECMWF's interactive and batch software for manipulation and plotting of data, brings a number of new features and improvements, such as:

CodesUI, the standalone combination of Metview's GRIB and BUFR examiners, provides a highly improved initial BUFR message scan (about 50-100 times faster than before), a filter bar for the GRIB namespace list and extra information about BUFR elements.

A lot of other bugfixes and improvements

All the new versions, both ECMWF and 3rd Party, come with a number of bug fixes and improvements. You may see the Change logs for any individual package or library in the list below if you want to have all the details.

The new versions of the software packages can be selected by using the jun20 tag in modules. For example:

ecCodes is now the official ECMWF encoder and decoder for GRIB and BUFR formats. It supersedes GRIB-API, for the GRIB format, and EMOSLIB, for the BUFR. If you still use any of those, we encourage you to migrate to ecCodes.

Some of the versions in this list may already be the default for a specific package on a certain platform, so no changes will be made in those cases. After the update, all platforms will have the same defaults for all these packages.